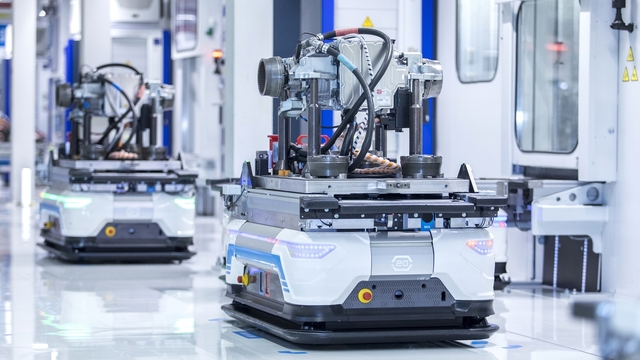 Győr, 11 January 2022 – Audi Hungaria achieved outstanding production results in 2021: the company’s employees produced 1,620,767 engines, including 96,976 electric drives, thus bringing the share of e-engines in total production volume up to 6 per cent. In vehicle production, 171,015 cars rolled off the production line, a record in the history of Audi Hungaria. The company remains the largest employer in the region, with 11,983 employees as at 31 December 2021.

“Last year presented us with unprecedented challenges. The global coronavirus pandemic and the uncertainties caused by the semiconductor situation defined the whole of the year. That is why I find the flexibility and performance of the staff last year to be an outstanding achievement. In addition to our engine and vehicle production, our other areas, such as Tooling, Technical Development and Shared Competencies (which provides various competence-based services such as IT, purchasing, etc. for the entire Volkswagen Group) have also achieved great results. Last year, as part of e-transformation in the automotive industry, we paved the way for the production of the latest generation of electric motors, Premium Platform Electric (PPE) motors, with a brand new production area. This allows us to continue to strengthen the production of electric drives and increase the number of our electric drive train vehicles, further advancing on the path to electromobility,” said Alfons Dintner, Chairman of the Board of Management of AUDI HUNGARIA Zrt.

As the world’s largest engine manufacturing plant, Audi Hungaria produced a total of 1,620,767 engines last year, including 158,457 three-cylinder and 735,857 four-cylinder petrol engines. In addition, there were 259,898 four-cylinder diesel engines produced in Győr. The company produced 12,155 units of the legendary five-cylinder Otto-engine, while 257,087 petrol and 96,162 diesel engines were produced from the six-cylinder range. In addition, Audi Hungaria produced 4,175 eight- and ten-cylinder engines. Last year, the company manufactured 96,976 e-engines for its customers.

In 2021, the company achieved a record performance in vehicle production, with a total of 171,015 Audi models rolling off the production line. Audi Q3 models were produced in the highest number with 102,833, with 59,693 Audi Q3 Sportback models also produced in Győr. Of the Q3 models, 20,957 were plug-in hybrids. From the Audi TT family, the company manufactured 6 534 Coupés and 1,955 Roadsters.

Audi Hungaria has been carbon neutral for a year. Last year, the company started expanding its tooling plant, which will allow it to further increase its exclusive series production capacity. In addition, billions of forints will also be invested in Technical Development.