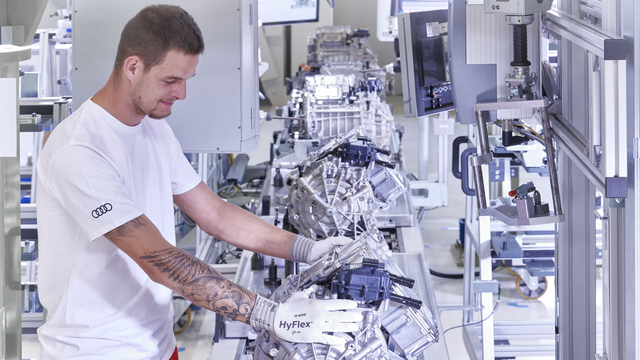 Győr, February 18, 2022 – Audi Hungaria has completed its 300,000th electric drive, a Performance-type e-motor with 196 kW (262 hp). Engine production began in Győr more than 28 years ago and the company has grown to become the largest engine manufacturer in the world. In 2018, the product portfolio was expanded to include electric drives. The company is already preparing to produce the next generation of e-motors in the spirit of electromobility.

“Over the years, our company has become the center of electric motor production in the Audi Group. The share of electric drives in our production volume is steadily increasing. This is evidenced by the fact that we recently celebrated the 250,000th e-motor, and now we are celebrating the 300,000th electric drive produced in Győr. We are making consistent progress on the road to e-mobility, and the next step will be to further strengthen the electric drive segment and thus our company’s competitiveness,” said Robert Buttenhauser, Member of the Board of Directors of Audi Hungaria and Director for Engine Production.

Audi Hungaria not only manufactures but also develops electric drives and is already well underway with the production of the new generation of e-motors. In the future, the electric drives for the Volkswagen Group’s purely electric vehicles will be manufactured in Győr, and will be based on the Premium Platform Electric (PPE) platform jointly developed by Audi and Porsche. For the production of the new generation of e-motors, the company’s experts will set up a 15,000-square-meter production area in an existing production hall, where 700 employees will work in series production.